I am fascinated by the interaction between social environment and the development of social cognition. This interaction is particularly evident during adolescence. During this phase, the complexity and importance of social relationships with peers increases, and in parallel social cognition and the brain mechanisms involved in these functions continue to develop. In 2014 I received a Consolidator Grant of two million euros from the European Research Council to do research  to investigate the interaction between these processes. In a longitudinal study we will assess the social cognitive development of a large group of adolescents with brain scans and cognitive tasks, as well as the social networks around the adolescent and his or her social behaviour in daily life (http://www.so-connect.net/ ).

On March 23, 2012, I presented my inaugural lecture titled "No man ever steps in the same river twice”,  and accepted the post as professor of neuropsychology at the Faculty of Behavioral and Movement Sciences at the Vrije Universiteit Amserdam (VU), first at the Department of Educational and Family Studies, section Educational Neuroscience,  and by January 1, 2017 at the Department of Clinical, Neuro and Developmental Psychology,  section Clinical Developmental Psychology. I am also a member of the research institutes iBBA and LEARN. 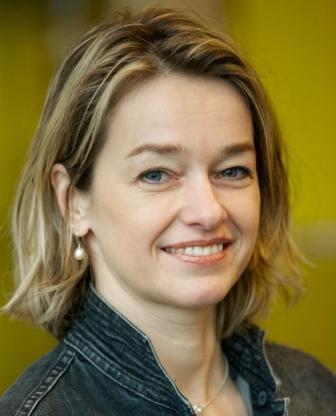